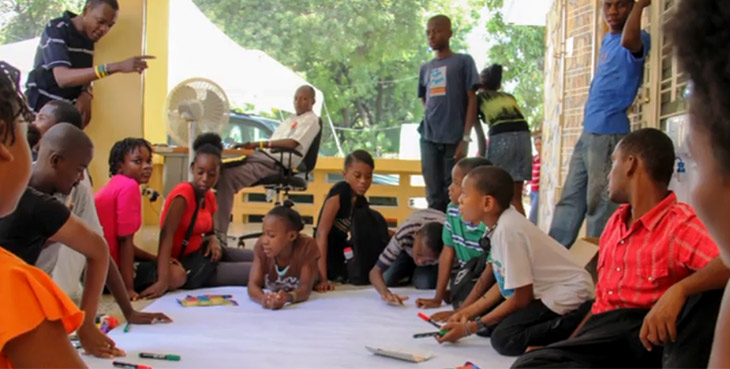 Last week marked five years since Haiti suffered a horrendous earthquake that thrust its most vulnerable citizens into even greater jeopardy. The days and weeks immediately following the devastation exposed immense weaknesses in Haiti’s ability to protect children and women. Despite the world’s focused attention in the years since the earthquake, violence, abuse, exploitation, and abandonment of vulnerable individuals worsened. More than half of the country’s children experienced physical violence, one in four girls and boys experienced sexual violence, and three in 10 Haitian women experienced physical violence. However, the government of Haiti recognizes the need to implement stronger, enforceable policies to protect children and women most at risk of exploitation.

Much remains to be done in terms of human rights in Haiti, but significant progress has been made in protecting the rights of children and women, especially in legislation. In a demonstration of political will and leadership, the Haitian government has passed three laws designed to protect women and children: the Adoption Law, the Responsible Parenthood Law, and the Trafficking in Persons Law. Two additional protocols to the Convention on the Rights of the Child were also ratified by the government of Haiti. Five were published by the Executive branch in 2014 under the leadership of Institute of Social Welfare and Research (French acronym IBESR) and the Ministry of Women’s Affairs and Women’s Rights (in French, le ministère à la Condition féminine et aux droits des femmes, or MCFDF). In addition, the MCFDF is currently drafting a law, which is ready to be tabled in Parliament, to protect against violence against women.

As an activist for human rights in Haiti since 1999, I [Patrick Camille] have been actively involved in advocacy for the development, adoption, and publication of the law on human trafficking since 2004. These laws are the result of a tremendous, decades-long effort orchestrated by both Haitian civil society and the state protection institutions for human rights, such IBESR and MCFDF. Their support and advocacy have filled an important legal gap so women and children can now exercise and enjoy their rights fully. This is a victory for all human rights activists in Haiti.

The government of Haiti—in collaboration with the School of Magistrates (French acronym EMA), IBESR, and MCFDF—provided much-needed support to train 150 judges and other social protection stakeholders on the application and implementation of these updated laws. In 2014 and early in 2015, local workshops and trainings were held throughout the country. By July 2015, the government will train another 200 judges and social protection stakeholders in all seven jurisdictions, representing more than 40 municipalities in Haiti. These trainings, which are supported by the USAID-funded Health Policy Project AKSE program, are the result of collaboration between IBESR, an entity of the Ministry of Social Affairs and Work (French acronym MAST); EMA, an entity of the Ministry of Justice and Public Security (French acronym, MJSP); MCFDF; and other local stakeholders.

These legal advances are critical first steps toward achieving the goal of better protecting vulnerable children and women by creating an enabling political environment for human rights. This isn’t done easily—it requires significant effort and collaboration with local government, civil society organizations, and local and international nongovernmental organizations. Although the human rights situation in Haiti is still in need of improvement, five years after the terrible earthquake, these efforts to support and disseminate laws and public policies are notable.