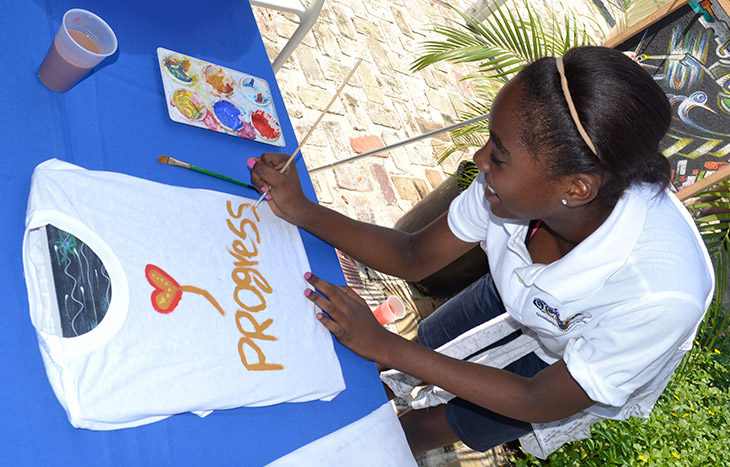 PORT AU PRINCE, Haiti—Physical, emotional, and sexual violence against children is endemic in Haiti. Nearly three out of five Haitian children are the victims of physical violence. For three-quarters of them, that violence is perpetrated by a family member, teacher, policeman, or other authority figure—someone whom these children should have been able to trust.

These revelations come from a recent survey examining the extent of violence against children (VAC) in Haiti. In 2006, after completing the first global VAC study, the United Nations called on individual governments to conduct country-level surveys and to develop action plans to address the survey results. Taking up the call, the Haitian government partnered with the US Centers for Disease Control (CDC) and Prevention, the Institut Interuniversitaire de Recherche et de Développement (INURED), and others working on child protection to conduct the Survey on Violence Against Children in Haiti (VACS) in 2012.

The survey found that, contrary to popular belief, violence affects girls and boys in almost equal numbers. One out of five Haitian boys, along with over a quarter of Haitian girls, is sexually abused before their eighteenth birthday. Physical punishment, widely accepted, is experienced equally by boys and girls; and up to a third of children (34.6% of girls and 27.2% of boys) experience emotional violence.

Responding to these findings, Mr. Philippe Cantave, director of the USAID-funded HPP AKSE project working in Haiti commented, “We had some ideas about violence against children but this is the first time it’s been documented… it’s disturbing and sad to see how large a proportion of children in Haiti suffer from these kinds of abuses…but the data will give us the information we need to design a response.” Designing a response is exactly what the government of Haiti’s Institute of Social Welfare and Research (in French, Institut du Bien-Etre Social et de Recherches) is doing.

Initially, Haiti’s government didn’t respond to the survey results and many policymakers and stakeholders weren’t aware of the study’s existence. In response, IBESR with HPP AKSE support began raising awareness about the survey and the need to take action. Working alongside other child protection stakeholders, they began sharing the study and its findings and reinvigorated the Comité de Coordination, Haiti’s multisectoral task force charged with child protection. In May 2014, HPP AKSE supported a delegation from the task force to attend the VACS International Conference in Swaziland. At the conference, delegations from around the world gathered to discuss their individual VAC surveys and the steps they were taking to develop and implement national response plans. The Haiti delegation also visited neighboring South Africa, to see and learn, first-hand how that country was combating violence against children. Energized and armed with new tools, task force members returned to Haiti, ready to go to work.

A few short months after the delegation’s return, the Comité de Coordination officially launched the VACS and pledged to develop and implement a National Response Plan Against Violence Against Children in 2015. These recent actions represent a major shift in how Haiti and others in the region have historically addressed violence against children. While other Caribbean countries have conducted VAC surveys, Haiti is the first in the region to make the findings public or to begin developing a response. Asked about these efforts, Mr. Cantave observed, “It requires effort and courage to accept the results and decide to act on them [but] that’s the path we have chosen. After the [2010] earthquake we are talking a lot in Haiti about rebuilding this country and building back better. Protecting the children of Haiti against violence should be an important part of this reconstruction.”

At the survey launch, Charles Jean-Jacques, Haiti’s Minister of Social Affairs and Labor confirmed the government’s urgent commitment to protecting Haiti’s children, stating, “Today we have to address…what was meant to be solved 50 years, 10 years, five years ago. At this very moment children are suffering mistreatment. Let’s every one of us…remember that the future of our children depends on us…let’s make the children of Haiti our only priority.” For Haiti’s more than 3.7 million children the realization of this pledge could be life-changing.