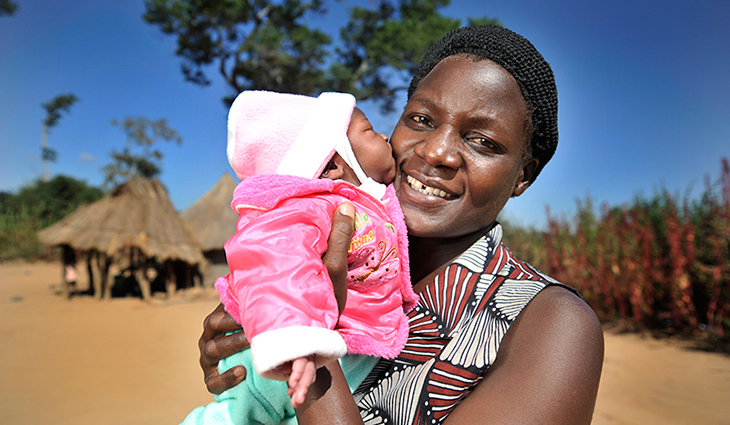 WASHINGTON, DC—The USAID- and PEPFAR-funded Health Policy Project (HPP) joined the Centers for Disease Control and Prevention (CDC), USAID, and Columbia University at an event celebrating the successes of the first year of the Saving Mothers, Giving Life program. Saving Mothers, Giving Life (SMGL) is a five-year public-private partnership aiming to drastically reduce maternal mortality in sub-Saharan Africa. Since the program’s inception in June of 2012 maternal mortality rates in pilot districts were cut by a third, with a 30 percent decrease in maternal deaths in Uganda, and a 35 percent decrease in Zambia.

The Center for Strategic and International Studies (CSIS) hosted the January 9 event, which was attended by USAID Administrator Dr. Rajiv Shah, Dr. Thomas Frieden, director of the Centers for Disease Control, and key leaders from the Saving Mothers, Giving Life program.

"We are excited to report such clear progress just one year after launching Saving Mothers," said Dr. Shah. "There is, perhaps, no better model for us than Saving Mothers, Giving Life, which—at its core—exemplifies our commitment to ending preventable child and maternal death around the world."

HPP has been working closely with USAID to assess the costs and cost-effectiveness of various health interventions, and to help countries plan for more sustainable responses to HIV and other health priorities. Costing and expenditure analysis informs evidence-based decisionmaking and improves accountability of government funds. HPP and the USAID|Health Policy Initiative, Costing Task Order contributed supplementary expenditure analyses as part of the program’s first annual report. Our study, “Investments to Accelerate Reductions in Maternal Mortality: Findings of Expenditure Studies in Uganda and Zambia for the Saving Mothers, Giving Life Partnership,” was designed to determine what additional expenditures were made to reduce maternal mortality in SMGL districts during the pilot phase. The work was led by Joni Waldron, Policy Analyst, Health Policy Project/Futures Group, and Adebiyi Adesina, Senior Economist, Health Policy Project/Futures Institute. Government officials from Uganda and Zambia presented the results at the CSIS event.  HPP’s senior health economist, Dr. Sarah Alkenbrack, noted that, “investing in infrastructure, training for healthcare workers, and demand creation for facility births dramatically reduced maternal mortality rates during the first year of the program. As you can imagine, there is a lot of excitement around these results at the highest government levels.”

“There is still quite a lot of work that needs to be done to assess exactly what works, how much it costs, and how the model can be sustained in the future,” said Dr. Alkenbrack. “We look forward to helping the SMGL team and host country governments drive the agenda forward through follow-on HPP work.”