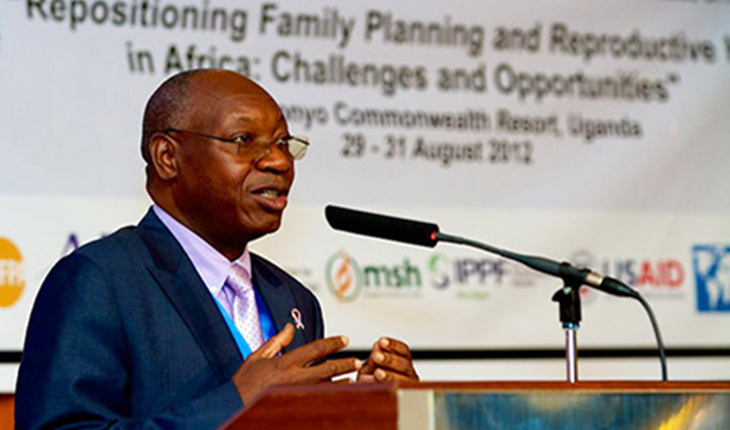 “The Lancet profile reflects the high esteem in which Dr. Musinguzi is held by many of us in the global health community,” says Suneeta Sharma, PhD, project director of the Health Policy Project. “He is an important leader who understands the critical role of building political will to invest in improving women’s health.”

In 2012 and 2013, PPD ARO, with support from HPP and technical assistance from the Advance Family Planning Project, convened two-day advocacy capacity building workshops for women parliamentarians (MPs) from the four focus countries. Advocacy skills developed at these workshops have been used by the parliamentarians to facilitate commitment by the government of Malawi and regional and federal authorities in Ethiopia to create and increase budget line items for family planning and reproductive health, important steps towards greater sustainability of services.

Dr. Musinguzi was born in Uganda, where he trained in obstetrics and gynecology. As a young doctor, shocked at the poor condition of reproductive and maternal care – and the number of preventable deaths related to pregnancy and childbirth – he dedicated his life and career to improving services for women. After completing his master’s in public health in the United States in the early 1990s, Dr. Musinguzi returned to Uganda and earned a reputation for being an international reproductive health and family planning advocate. He was chosen to represent Uganda at the 1994 International Conference on Population and Development, and led the Population Secretariat of Uganda through 2007, when he took on his current leadership role at PPD ARO.

Working with leaders like Dr. Musinguzi, who are committed to “giving back” to their communities, HPP and PPD ARO will continue to advocate for family planning and reproductive health services for those in need.