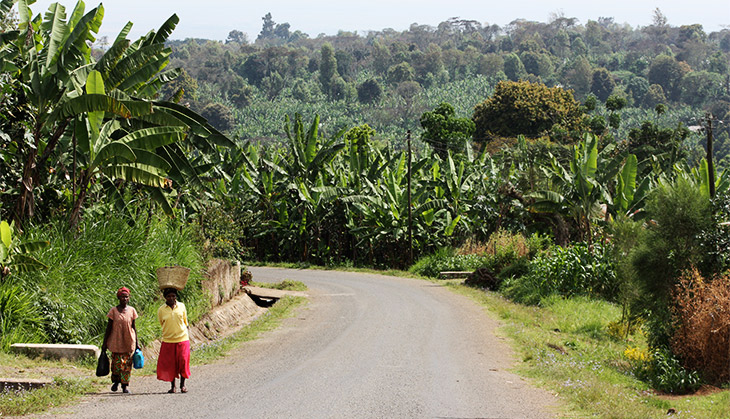 DAR ES SALAAM, Tanzania—In mid-January 2015, as the Tanzanian government geared up to finalize its budget for the next fiscal year, business leaders, members of Parliament, and representatives of external donors gathered in Dar es Salaam to discuss how to mobilize more domestic resources to finance Tanzania’s health system. Currently, nearly half of the country’s health budget is covered by donor funding—the largest share in the world. Foreign funds account for 97 percent  of mainland Tanzania’s budget for HIV, and 90 percent of that amount is provided by the U.S. President’s Emergency Fund for AIDS Relief (PEPFAR) and the Global Fund to Fight AIDS, Tuberculosis and Malaria (Global Fund). Planned scale-up of antiretroviral therapy will require an increased HIV budget, but there is already a 47 percent shortfall in funds needed to combat the virus.

The Health Policy Project (HPP)—with funding from the U.S. Agency for International Development (USAID) and PEPFAR—contributed to ongoing dialogue on mobilizing resources in Tanzania by organizing several events to outline and debate possible ways forward.

At a reception for international donors in Dar es Salaam, Tim Evans, senior director for the Health, Nutrition and Population Global Practice of the World Bank Group, announced that Tanzania is one of four African countries chosen for fast-track assistance from the bank’s new Global Financing Facility (GFF). Established in September 2014, GFF will combine direct grants with support to mobilize domestic and international resources for the national health system’s long-term stability.

The World Bank’s announcement capped hours of formal and informal discussion about strengthening Tanzania’s own investment in its health system. The centerpiece event, on January 21, brought 19 members of Parliament (MPs) together with Ariel Pablos-Méndez, MD, the head of USAID’s Global Health Bureau; A. K. Nandakumar, the bureau’s chief economist; Tatjana Peterson, senior portfolio manager of the Global Fund; and Dr. Evans.

These meetings occurred at a time when the country has set ambitious targets for health system improvements as part of “Big Results Now” (BRN)—an initiative across multiple economic sectors to help Tanzania transition to middle-income status. The BRN team’s estimates for health-sector improvements total $103 million (US$1 equals TZS 1,800).

USAID’s Dr. Nandakumar pointed out that Tanzania’s economy is growing by 6 percent a year, providing “fiscal space to increase public spending on health.” However, the country’s annual health investment is only 7 percent of national expenditures—well below capacity. The Honorable Luhaga Joelson Mpina, chair of Parliament’s Economic Affairs, Industries and Trade Committee told the visiting donors and his fellow MPs that “Such a high dependency on foreign funds questions the sustainability of health finances.” Part of the solution, he said, is the AIDS Trust Fund, set to become operational in July. The fund will draw upon government allocations and local and external private sources. According to PEPFAR, it could decrease Tanzania’s dependence on donors by 36 percent.

The country’s private sector also holds promise. At a reception on January 20, a group of 16 Tanzanian business leaders in such fields as banking, insurance, energy, and mobile communications talked with representatives of USAID, the Global Fund, and Futures Group about their current and potential investments in health. One topic of discussion was the innovative “Malaria Safe Companies” initiative in Tanzania, which educates employees and their families and provides bed nets, testing, and medication. Acknowledging the importance of public-private partnerships, they called for better public sector coordination and leadership and more support for innovation from donors. According to one participant,

The only way we will solve this is with innovations for poor people. Most Africans don’t have a reliable income, but they should not be dismissed as a market. Healthcare is a market, not a problem. We need to get out of our air-conditioned offices and find simple technology that works. With technology, government plays a regulatory role, but we are the innovators.

Dr. Pablos-Méndez summed up the prospects for such partnerships: “The private sector is good at innovation. We need to engage and support you to identify these innovations for Tanzania, and Africa.”

Ongoing advocacy, dialogue, and leadership will be crucial to mobilizing sustainable financing for the Tanzanian health system. Engagement in this process by such a varied group of distinguished national and global stakeholders is a sign of real progress.