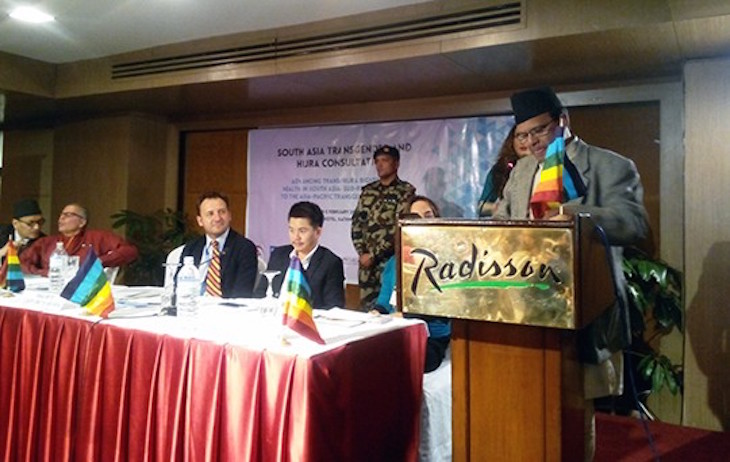 The meetings offered a forum for South Asian transgender and hijra (a term used in South Asia to refer to transsexual or transgender persons) stakeholders and activists to articulate their concerns and constructively engage with legislators and policymakers on creating evidence-based policies to advance health, living conditions, and overall well-being for these communities.

In particular, poor health outcomes relative to less marginalized populations—especially those related to HIV and AIDS—were identified as a major concern for transgendered communities. These outcomes are largely a result of the criminalization of same-sex sexual activity, which creates both a perceived need to engage in risky sexual behaviors and barriers to accessing health services.

While several governments in South Asia have recognized transgender status, the meeting participants acknowledged that affirmative programs should extend beyond those that offer services related to HIV and other sexually transmitted infections. In particular, guarantees of equal access to education, employment, and health services represent major goals for activists.

Attendees agreed that social engagement to engender behavior change—and the reduction of stigma and discrimination—within communities can be just as important for progress toward transgender and hijra equality as the adoption of legal solutions. Transgender leaders can play an important role in spearheading such efforts through advocacy and stakeholder engagement.

Finally, because the adaptation of effective strategies used elsewhere is often a crucial input to social or policy solutions, participants were offered success stories from Southeast Asia and the Pacific. Several governmental and development leaders in attendance promised to work in tandem with transgender leaders and advocates to overcome challenges stemming from marginalization and lack of equal opportunities.