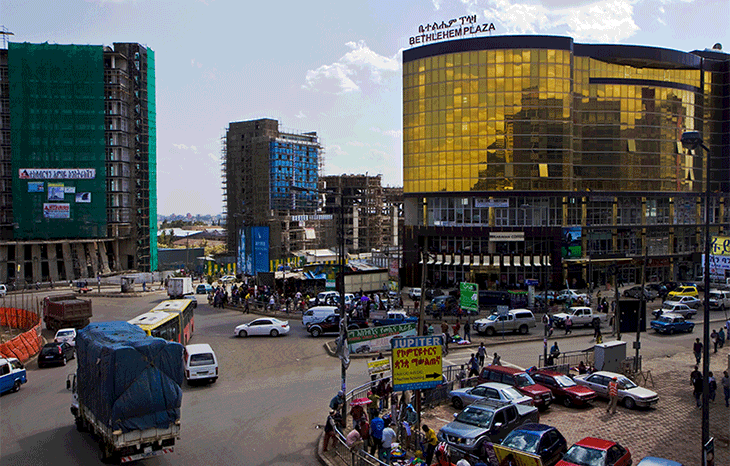 Photo by DFID-Department for International Development.

This article was originally posted in the FFD3 blog: http://www.un.org/esa/ffd/ffd3/blog/lessons-from-the-response-to-hiv.html.

The Third International Financing for Development Conference in Addis Ababa ended with an outcome document as ambitious as the Sustainable Development Goals (SDGs) that the conference sought to underwrite. The document calls for “a new social compact” to

provide fiscally sustainable and nationally appropriate social protection systems and measures for all, including floors, with a focus on those furthest below the poverty line and the vulnerable, persons with disabilities, indigenous persons, children, youth, and older persons.

At the top of the document’s action areas and positioned as “central” to the pursuit of sustainable development are “public policies and the mobilization and effective use of domestic resources, underscored by the principle of national ownership.”

If the development conference’s new social compact is to be truly actionable and beneficial to low- and middle-income countries (LMICs), it will have to be translated into a multitude of incremental, discrete, concrete, and manageable targets. The global response to HIV offers an instructive parallel.

Over the past 30-some years, researchers and policymakers have doggedly chipped away at the HIV epidemic, increasing scientific understanding and improving prevention, care, and the well-being of people living with and affected by the virus. They’ve come so far that it is now possible for the Joint United Nations Programme on HIV/AIDS (UNAIDS) to aim at a target that was invisible not so long ago: the end of the epidemic by 2030. Hitting this “fast track” target means first achieving an interim set of goals known by the shorthand “90-90-90”—by 2020, 90 percent of people living with HIV will know their status; 90 percent of those tested will have access to treatment, and 90 percent of those on treatment will attain sustainable undetectable viral loads.

The world’s biggest funder of the effort to eradicate AIDS—the U.S. President’s Emergency Plan for AIDS Relief (PEPFAR)—has given these goals an even sharper focus and a shorter horizon. PEPFAR 3.0 defines “short-term progress” as “efficient and effective control of the HIV/AIDS epidemic in 5 to 10 countries by 2016, ensuring 90-90-90 in all geographic areas with highest HIV prevalence.”

With its Sustainable Financing Initiative, launched last November, PEPFAR is investing $63.5 million to mobilize domestic spending on HIV in seven countries: Kenya, Mozambique, Nigeria, Tanzania, Uganda, Vietnam, and Zambia. The goal is to help them generate $1 billion in new money for HIV from their own resources within three years. PEPFAR has asked the USAID-funded Health Policy Project (HPP) and Health Finance and Governance Project to work with these countries to develop baseline data on current and potential domestic HIV spending, as evidence for decisions to increase it. The initiative goes further in Kenya and Tanzania, which already have this baseline data. HPP is helping these countries tailor more general health financing approaches to the mobilization of domestic resources for HIV. Examples of these approaches are evidence-based advocacy, technical efficiency, tax policy, and financing innovations including involvement of the private sector.

Achieving PEPFAR’s goal to increase domestic spending on HIV in just seven countries over three years can be a field experiment for what it will take to meet the even broader and harder sustainable financing outcomes proposed for agreement at the Addis Ababa conference. Here are just a few of the challenges that those of us on the HPP team are helping our assigned countries to work through:

With some rewriting, this list of challenges would be equally descriptive of the road ahead for sustainable financing of any of the SDGs. The work must happen methodically, incrementally, and in manageable chunks, with country ownership. PEPFAR’s Sustainable Financing Initiative is a good example of the use of technical assistance funds to help countries do it.

A report last month by the UNAIDS-Lancet Commission on Reducing AIDS lays out what’s at stake just in the domain of HIV, which is itself only a part of the SDG covering health (Goal 3):

. . . it is by no means certain that financial resources will continue to flow to developing or even the least developed countries at their present level. However, funding needs continue to rise, particularly as more patients are enrolled in lifelong ART [antiretroviral therapy]. If international funding continues to flatten, the additional costs must be borne by the countries.

Failing to secure sustainable financing for HIV in an era of declining donor support will mean that much-needed additional supplies of drugs and trained healthcare workers won’t be available. As a result, people living with HIV who, with treatment, could lead productive lives are not likely to get it. The repercussions of this loss will extend not only to their own well-being and the well-being of their families and communities but also to the economic health of LMICs and the capacity of these countries to achieve all of the other SDGs.

Learn more about HPP's work on health financing and costing.