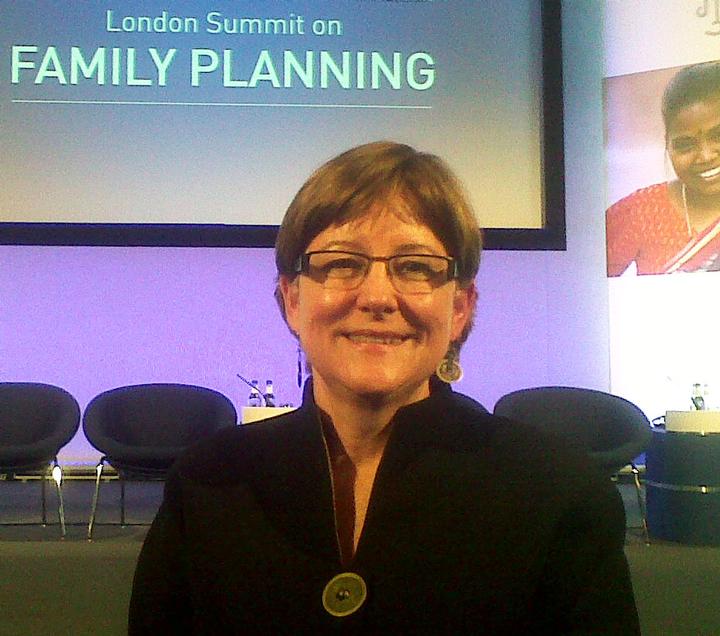 LONDON, UK–The goal of today’s London Family Planning Summit is ambitious--to expand access to 120 million new family planning users by 2020. Even though family planning has been one of the most successful development strategies over the past half century, such an increase in family planning users would be unprecedented. And yet, leaders from all over the world, hosted by the UK government and the Bill & Melinda Gates Foundation, met in London and pledged to increase funding to meet the challenge.

How can this ambitious goal be achieved? In the words of Christian Bach, Denmark’s Minister of Development Cooperation, “We have to have a focus on numbers, but it in the context of sexual and reproductive rights, which have to be central.” His words illustrated that as country governments and donors made their remarkable pledges to expand family planning, their efforts were strongly framed in the context of rights-based reproductive health that has emerged over the past two decades.

The theme of rights was emphasized throughout the day, beginning with an opening commitment by Andrew Mitchell, Britain’s Secretary of State for International Development, who evoked the principle from the 1968 Tehran Proclamation from the UN Human Rights Conference that has guided family planning for more than 40 years: the right of individuals and couples to decide freely and responsibly the number and spacing of their children and to have the information and services to do so. He reinforced the point by noting the commitments made by country signatories to the 1994 International Conference on Population and Development (ICPD) for voluntary family planning in the context of reproductive health--with no resort to coercion or control.

Is there a danger of resorting to coercion in family planning to reach the goals of the London Family Planning Summit? I do not think so, for the following reasons. First, coercion has been thoroughly rejected by the global community supporting family planning and reproductive health and rights for decades. China has been excoriated for its forceful measures to enforce the one-child policy, as was India after a disastrous foray into compulsory male sterilization in the 1970s. Family planning and sexual reproductive health rights communities are hyper-aware of the importance of voluntarism, and any instances of coercion are uncovered and repudiated--and will be even more quickly so with the expanded use of social media. The U.S. Government has policies in place to monitor adherence to informed choice, such as the Tiahrt Amendment regulating that family planning projects be implemented voluntarily.

Second, voluntary, rights-based family planning services are in demand by women; and where those programs receive support, they grow. There is huge demand: more than 200 million women want to space or limit childbearing but are not yet using effective family planning. Countries like Bangladesh and Indonesia, and more recently Ethiopia and Rwanda, have shown that expanding access to family planning results in increased contraceptive use. Through combinations of clinics and community health workers providing services in culturally appropriately ways, contraceptive prevalence has grown rapidly in these countries, among others.

As development initiatives increasingly emphasize country ownership, there is increased attention to accountability and strengthening the capacity of civil society to hold governments to task for meeting their commitments. Civil society has been engaged since the 1994 ICPD in partnership with governments, the private sector, and other partners at the center of implementation strategies; and their advocacy voice will continue to grow stronger with women at the forefront. As Theo Sowa from the Africa Women’s Development Fund said: “Women should not only be users of family planning but should also be the leaders in realizing the goals of the Family Planning Summit.”

World leaders at the London Family Planning Summit have made dramatic pledges to expand access to family planning and to respect the rights of women and couples to decide the number and spacing of their children. Let’s hold them to that pledge to promote voluntary, rights-based family planning.

HPP, through the work of John Stover, has supported analysis that contributed to the development of the goal of the summit. HPP will actively work with countries on follow-up from the summit.