Combatting Fear and Stigma while Living with HIV in Jamaica

Posted March 1, 2016
By: Molly Fitzgerald
[ more ]
The Power of One: Anita Datar’s Contributions to the Global AIDS Response

Posted March 31, 2015
By Anita Datar
[ more ]
Transgender Men in Uganda: What We Want You to Know—and Do

Posted March 24, 2015
By Jay Mulucha and Apako Williams, FEM Alliance Uganda, TGNC-Uganda
[ more ]
Building a Drumbeat from the Ground Up

Posted March 8, 2015
By Anne Jorgensen
[ more ]
Engagement with Civil Society – A Duty of All Partners in Development

Posted January 29, 2015
By Patrick Camille and Annie Chen?
[ more ]
How Can People Living with HIV and Key Populations Access Justice in Ghana? 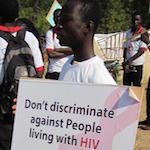 Thinking Outside the Blocks: An Expanded View of Health Systems

Nothing About Us Without Us: The Evolving Role of PEPFAR in Community Engagement

A (Cyber) Space for Community for HIV prevention

Communicating Out of Isolation: HIV and Harnessing Communication Technology Among Gay Men, Men Who Have Sex with Men, and Trans Persons 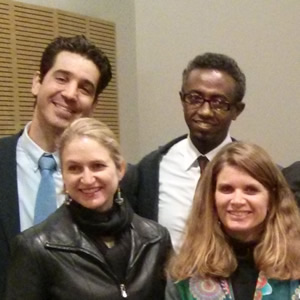 Charting a Course Toward Universal Health Coverage in Kenya: Experts See Efficiency, Governance, and Sustainable Financing as Keys to Success