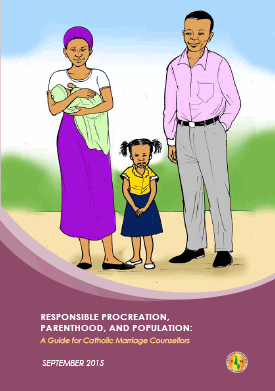 About one-in-four Malawian women of reproductive age have an unmet need for family planning. The 2010 Demographic and Health Survey found that 26 percent of all births in the preceding five years had been unwanted and that an additional 19 percent were mistimed, indicating that nearly half of all women in Malawi are not adequately meeting their reproductive intentions. Unwanted and mistimed pregnancies contribute substantially to high maternal mortality and increase the strain on already limited resources for health, education, natural resources, and food security.

With over 97 percent of Malawians belonging to an organized religion, faith leaders could be an important conduit of social change. In 2013, to support the Ministry of Economic Planning and Development’s strategy to raise awareness about population and development issues, HPP engaged  Malawi’s six major religious institutions (known locally as “mother bodies”)—the Episcopal Conference of Malawi, Evangelical Association of Malawi, Malawi Council of Churches, Muslim Association of Malawi, Seventh Day Adventists, and Quadria Muslim Association of Malawi—and their local faith leaders. HPP organized training and sensitization meetings with over 1000 faith leaders, to help them speak openly about population and family planning issues. After one year, Episcopal Conference of Malawi (ECM), the governing body of the Catholic Church in Malawi, decided they wanted to further institutionalize these activities and messages. They requested HPP’s assistance with drafting a booklet on family planning for use by Catholic marriage counselors. The booklet, which is available in both English and Chichewa, provides counselors with an introduction to population and development issues, as well as basic information on medical and natural family planning methods.