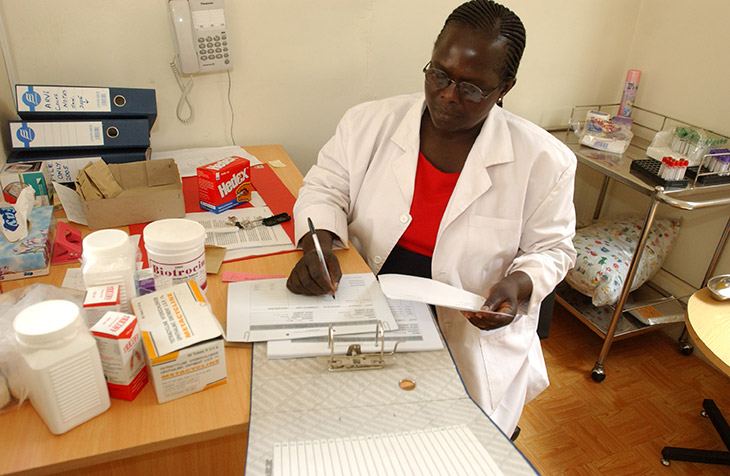 It’s now commonly understood among the world’s leaders and global health advocates that without a healthy population, the goals of poverty reduction and shared prosperity will never be achieved. Despite the widespread acceptance that investing in health is a good thing for a country’s economy, the statistics on well-being in many parts of the world are appalling. Roughly 100 million people face poverty every year as a result of out-of-pocket healthcare costs.

The universal health coverage (UHC) agenda sets out to ensure that all people obtain the health services they need without suffering debilitating financial hardship. UHC has been gaining momentum for a decade and there is now solid evidence that investing in health produces good returns for a country’s economy. However, it was only recently that the world acknowledged that UHC will not trickle down to reach the poor and that there needs to be a deliberate focus on equity for the poor in gaining the same health outcomes and financial risk protection as the rest of the population – a term that has been coined “progressive universalism”.[1]

Achieving UHC is first and foremost an issue of policy. Achieving UHC and ensuring equity requires long-term planning, development, and political commitment to ensure the needs of the poor are being addressed. But simply making the decision to achieve UHC is not so straightforward, as we have learned in the United States. UHC requires not only a change in mindset among the population, but also big changes to a country’s policy and legal framework. To truly ensure universal health coverage, governments must have the political will to adopt new laws and regulations to implement UHC reforms. Critical to these changes will be the implementation of policies to minimize fee-for-service payments to providers, eliminate user fees, and introduce insurance schemes that cover the entire population, rather than voluntary community-based health insurance.

Achieving UHC will also require large injections of public financing to ensure “more money for health”, which is why bridging the divide between health and economic planning will be critical to achieving UHC. However, some of the biggest gains in increasing fiscal space could be made by increasing efficiency and effectiveness within the health sector, which will result in “more health for the money”.

Making better use of data at the subnational and national level can increase accountability and can strengthen advocacy efforts. Governments at the local and national level should take advantage of the emerging strong evidence base to make better evidence-based decisions. An excellent example of evidence-based policy formulation to inform UHC is taking place in Kenya, where the USAID-funded Health Policy Project is working with the Ministry of Health as they conduct and analyze health surveys to understand how out-of-pocket health expenses influence healthcare seeking patterns and impact Kenyans across the socio-economic spectrum. Policymakers wielding the tool of evidence will make sound decisions for their citizenry, most importantly the poor, the hard to reach and the marginalized.

Strengthening the role of policy is critical to produce equitable and sustainable health outcomes. Taking into account the above mentioned approaches will move us considerably further in ensuring equity in the application of universal health coverage and ensuring better health outcomes without financial catastrophe for poor families.