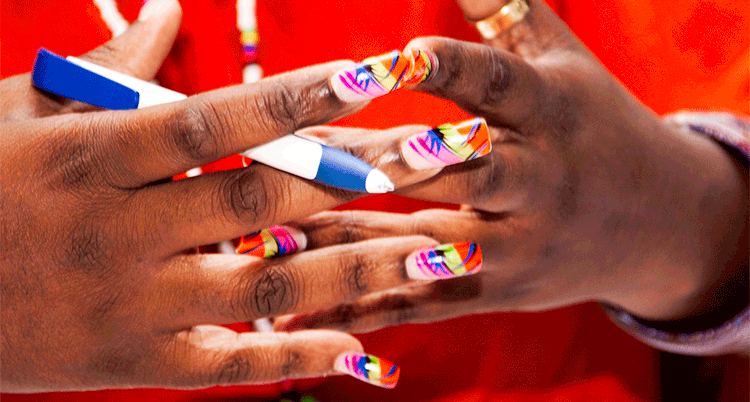 "Change is the law of life and those who look only to the past or present are certain to miss the future." -John F. Kennedy

In recent years, global actors in HIV and AIDS, such as the President's Emergency Plan for AIDS Relief (PEPFAR), the World Health Organization, and the United Nations Joint Programme on HIV and AIDS, issued technical guidelines urging the removal of punitive laws that criminalize homosexuality and citing this as a critical factor to improve HIV outcomes. They have also promoted the enactment of policies to improve the accessibility of comprehensive HIV prevention services for men who have sex with men (MSM) and other key populations and that respect these populations' basic human rights.

Unfortunately, a number of African countries interpret this international standard as a sign of cultural imperialism and are moving to more vigorously enforce existing punitive laws against homosexuality. Uganda's anti-homosexuality act was declared null and void by the Ugandan Constitutional court in July, but a similarly punitive parliamentary bill in Nigeria received presidential assent and is now a law. In Gambia, Ghana, and Kenya, similar laws have been enacted or proposed by members of Parliament. Meanwhile, access to health services for sexual minorities remains inadequate across Africa. There are advocates in each of these countries working to reverse such trends, but also a need for greater financial, logistical, and capacity-building support in policy and advocacy.

Advocacy groups often discuss the need to develop coalitions that can move legislation or policies forward. Advocacy coalitions, focusing on issues of homophobia, have developed over the recent years to bring stakeholders together in dialogue and on focused advocacy campaigns. Examples include the Men Who Have Sex With Men Global Forum on HIV, Coalition for Global Equality, and with one of the most recent being the M-Coalition, focusing on MSM health issues in Arab countries. In response to increased hostilities in Africa, a coalition of 18 MSM/Lesbian, Gay, Bisexual, Transgender and Intersex (LGBTI) organizations formed African Men for Sexual Health and Rights (AMSHeR) in 2011.Coalitions allow for dispersal of work, increased representation on the issue, and a larger number of volunteers to move a particular agenda forward. Coalition building involves developing a common vision, objectives, and action plans that assign responsibilities to each partner. Maintaining the sustainability of a coalition, particularly when the vision has not yet been achieved, is not often discussed. Times change and priorities shift for all coalitions. Therefore, refocusing the overall strategic framework may be necessary to carry through the mission and objectives of the coalition.

AMSHeR provides a coordinated response to the grave human rights violations faced by LGBTI people throughout Africa and works to address the disproportionate effects of HIV among MSM. The coalition's goals are to identify and advocate for technical and financial resources for its members and to improve access to HIV prevention, treatment, and care services for the populations they serve. AMSHeR also seeks to facilitate the creation and dissemination of an evidence base for better human rights-based programming and policymaking in the response to HIV for MSM communities. In April and September of 2014, the USAID- and PEPFAR-funded, Health Policy Project (HPP) provided financial and technical assistance in the planning and execution of two governance meetings, enabling AMSHeR to monitor and revise its strategies and processes to maintain its focus on, "work[ing] towards a healthy, empowered life for MSM in Africa and Human Rights for All."

AMSHeR is undergoing a process of organizational growth, as all coalitions must during challenging times. Changes in donor funding of the response to HIV, regional increases in homophobic attitudes, and even migrant labor laws restricting employment at the Secretariat for non-South Africans have affected AMSHeR's ability to implement programming where it is needed most. Change is difficult for any organization, even more so for a coalition of organizations that have historically been disenfranchised from dominant discourses about the rights of the people they serve. Therefore, HPP is supporting AMSHeR to re-establish its governance processes and develop a new framework for strategically addressing health and rights issues throughout Africa.

During the governance meetings, steering committee members reiterated their strong belief in AMSHeR's relevance in a time of increasing hostility among African countries toward MSM's human rights and health programming. Despite numerous changes at AMSHeR, including a new board structure and new executive leadership, the coalition is seen by stakeholders as more relevant now than ever before.

"Perhaps it's  good that this [the recent governance and management challenges] has happened to AMSHeR at this point in history, when we are still a growing organization. Now we have reason to emphasize on institutions rather than an individual's good will. At this point, regardless of who will be our next ED [executive director], we shall always have to focus on professionalism and institutional strengthening."

This year's board and governance meetings set the tone for a reorganized and reinvigorated AMSHeR with a new board and stronger mandate. Coalition members are more aware of AMSHeR's strengths and relevance, and have renewed their dedication to improving its advocacy capacity. AMSHeR's experience offers lessons to all coalitions striving to achieve the shared vision of their members. Such long-term visions can only be realized by monitoring the work of the secretariat, maintaining trust among its members and stakeholders, and refocusing the organization's strategy when actions do not go according to plan.