The Window of Opportunity

Investment in family planning improves health outcomes, shapes a country’s demographic path, and strengthens the impact of other development initiatives in youth employment, education, training, and health. One potential benefit of family planning investment is a demographic dividend, a boost in economic growth and productivity that can raise incomes and allow families and governments to improve the health, education, and well-being of future generations.

For economic development, a country’s age structure is the key. When fertility and mortality are both high, the population pyramid tends to look like a true pyramid, with a large base of children and young people and a narrow top of older adults. Each age group is larger than the earlier, next oldest generation. Although the age structure represents a youthful population with many young people entering their working years, the proportion composed of younger dependents is even larger, which is an economically unfavorable balance because there are fewer workers to support each dependent. This is the age structure characterized by countries where fertility rates are still higher than three children per woman, including most of the countries in this database. Achieving a more balanced age structure in these countries will require sustained investments in family planning and reproductive health programs, as well as education and many socioeconomic policies, in order to open the window of opportunity.

The opportunity for a demographic dividend arises from the demographic transition, the shift to lower mortality and fertility rates, which changes the age structure of a population. The demographic dividend only becomes a possibility when fertility rates decline significantly, leading to a lower proportion of children relative to working-age adults. This change in the age structure of a population can be observed in a country’s population pyramid over time, as the base of the pyramid shrinks and the older working-age cohorts, typically ages 15–64, represent a bigger proportion of the population. With a relatively larger proportion of working-age people, the labor supply increases and there are more potential workers to support fewer young dependents and the elderly. The balance of dependents and workers is referred to as a dependency ratio. The window of opportunity for the demographic dividend opens when the dependency ratio reaches 60 dependents supported by every 100 working-age adults, which tends to occur when the total fertility rate of a country is around 3.

In 2010, five countries in sub-Saharan Africa—Botswana, Cape Verde, Mauritius, Reunion, and South Africa—had a fertility rate of less than three children per woman, positioning them at the beginning of the window of opportunity to achieve the demographic dividend.

Although a favorable age structure, such as those of the “Asian Tigers” in the 1970s and 1980s, can have a positive impact on a country’s development, the demographic dividend is not guaranteed. To achieve the dividend, countries must also invest in social and economic development in a timely fashion to capitalize on the window of opportunity. For the benefits of a larger proportion of working-age adults to be realized, jobs—especially outside the agriculture sector—must be readily available for new entrants to the labor force, and new entrants must be properly educated and trained. Other important factors include a stable economic climate for savings and investment, women’s ability to enter the workforce, trade openness, and good governance. In sub-Saharan African countries, fertility declines are only beginning. The time is ripe to fully implement the policies, investments, and infrastructure necessary to harness the potential of a demographic dividend. 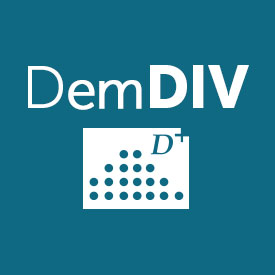 To meet the data needs of policymakers the Health Policy Project developed DemDiv, a customizable projection model. The model can be applied in any country, and allows users to design multiple scenarios showing how the combined power of policy investments in family planning, education, and the economy can generate a demographic dividend not possible under the status quo.

Age structure alone is not sufficient to produce the demographic dividend. However, a favorable age structure, in concert with a supportive policy environment, can help to produce an extended period of economic growth, as it did in several Asian economies, such as Hong Kong, Singapore, Malaysia, South Korea, and Thailand—often referred to as “Asian Tigers.” In East Asia, it is estimated that one-third of the GDP growth experienced between 1965 and 1990 was attributable to the demographic dividend (Bloom and Williamson, 1998; Bloom et al., 2003).

Over East Asia’s demographic transition between 1950 and 2000, infant mortality decreased from 116 to 26 per 1,000 births (United Nations, 2011). Similarly, with the assistance of family planning programs that improved access to and demand for contraceptives, fertility rates fell from 5.6 to 1.8 children per woman (United Nations, 2011). Before fertility decreased, previous generations of infants were larger due to improved child survival. These generations would later become a proportionally larger working-age population. The size differential between the larger cohorts benefiting from improved infant survival and the subsequent smaller cohorts after fertility decreases is visually represented by the shrinking base of the pyramid (gray) and the accompanying “bulge” of the working population, shown in color.

Over time, the “bulge” moved through the East Asian age structures, with the larger working-age population representing the window of opportunity for the demographic dividend. In 1990, 67% of the population in East Asia was composed of working-age adults (Bloom et al., 2003). However, age structure change did not motivate the demographic dividend on its own. Thanks to employment opportunities, a positive economic policy environment, and strong training and education, this working population grew East Asia’s economic production.